Ken Livingstone’s knowledge of historical facts, in part, comes from a non-historian, Lenni Brenner.
Most will comment on Brenner’s supposed Marxism, etc
But as I recall, Brenner was published by Noontide in 1986.
Noontide Press was the publishing arm of the Holocaust deniers, IHR.
Please study the Amazon reference and the ISBNs.
Yes, a “Marxist” was published by a bunch of neo-Nazis and their allies.
It follows therefore the question that anyone, moderately intelligent, should ask is, why would neo-Nazis publish a Marxist, to what end?
Obviously, because the work in question besmirches the good name of Jews, who are neo-Nazis’ primary target.
So when someone quotes Ken Livingstone at you, mentions history or Brenner, ask them why neo-Nazis would publish such a book? To what political end?
Well, Ken? Any ideas?

The SPLC on Willis Carto founder of Noontide:

“After Wallace’s bid failed, Carto decided to build a more explicitly neo-Nazi organization. He took control of Youth for Wallace and renamed it the National Youth Alliance. The ousted directors of the Wallace youth group grew concerned when they discovered that the movers and shakers behind Carto’s political apparatus were part of a subterranean neo-Nazi cult known as the Francis Parker Yockey Society.” [My emphasis.] 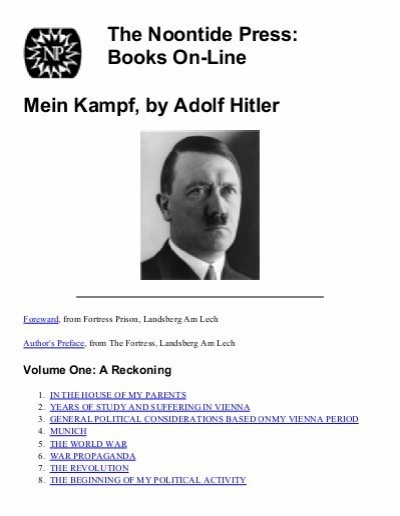