I have to say as a socialist and a long-term trade unionist I am exceedingly disappointed with parts of the Labour Party.

There is nothing more than I really want to see than the end of Tory governments. Every one of them. 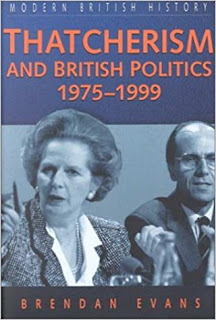 I remember Thatcherism all too well.

I recall a post-war society which was struggling towards decent provisions for the working classes to be swept away by decades of greed, avarice and an overarching narcissistic attitude.

I remember with great sadness how the Miners were defeated.

I recall the lies and promises of privatisation pushed through by the Thatcher and Major governments.

I remember numerous Tories and Virginia Bottomley saying how the NHS “had far too many beds” and needed cuts.

I recall a time when sleeping on the street was an aberration and not a daily sight.

I remember a time when overt racism was rampant in Britain and successive Labour governments changed society with the Race Relations Acts.

But moreover, I remember a time when the ideas of the Hard, Far and Extreme Right were largely confined to the grubbiest meeting rooms over the nastiest of Pubs.

I recall when absurd conspiracy beliefs were confined to National Fronters, the Monday Club and the neo-Nazi fringe.

I remember a time when the Left and, in particular, Labour Party people knew about the intrinsic link between conspiracy theories and racism.

I recall a time when the Left and Labour members physically opposed the ideas of the Far and Extreme Right, with post-war memories still lingering in the air.

I remember when the Left and Labour people were very careful, how they knew to avoid the friends, the promoters and allies of incorrigible racists.

I recall all that without the aid of Google. But with a Google search it means we can look up anyone in the world.

We could, for example, study the arch conspiracy crank Alex Jones and we would notice his proximity to racism, his awful lies about the Sandy Hook massacre, his support for Donald Trump and influence on the political Right.

Then we could ask why someone who promoted Alex Jones in Britain is, apparently, going to be speaking on a Labour platform shortly. 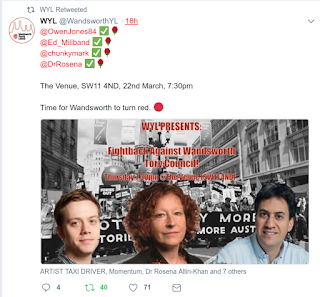 Let that sink in for a moment.

From being at the forefront of antiracism Labour and the Left is now hosting someone who openly promoted the nasty Alex Jones.

I am deeply saddened that Owen Jones and Dr Rosena Allin-Khan will be sharing a platform with one of Alex Jones' would-be friends. 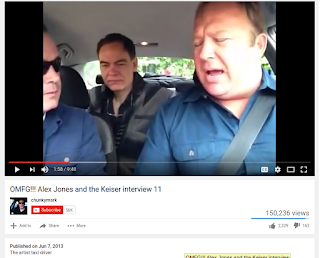 Dr. Dave Rich discusses conspiracy theories and their role in terms of allowing racism to flourish.

Bilderberg, the racist Alex Jones and a member of the Labour Party

And these excuses don't cut it:

"Honest gov'nor, how was I to know Alex Jones was a racist when I invited him into my taxi and promoted him? "

"It's not like I could have looked him up on Google, is it?"

A duty to tackle racism

Again, Labour and the Left, if they are serious about antiracism must not collude with conspiracy oddballs or their advocates.

Racism thrives in the dark reaches of conspiracy theories and allows extreme racist views to enter the mainstream. It is the duty of the Left and decent Labour people to vigorously opposed these vile ideas by their actions, not just words, as happened in the past.
Posted by Anti-nazis united at 07:21