Spedding on the Left

Gary Spedding has written an interesting article on antisemitism.

I disagree with parts of it, but he calls for better education in tackling antisemitism and highlights social media's promotion of racism towards Jews, which is to be welcomed.

However, he argues that the problem is not big:


"Additionally, the real number of leftists with real anti-Jewish beliefs is tiny."

Spedding identifies the figure of about 5% of people who hold probably strong antisemitic views.

This form of argumentation has been doing the rounds for the last few years.

Essentially, it seeks to say that the British Left is no worse than the general population, in terms of nasty racist views towards Jews. It is another form of downplaying of antisemitism, albeit more sophisticated than most.

Leaving aside the issue of low-expectation or how socialists and social democrats should have absolutely no truck with any form of racism, therein lies the question of mathematics. 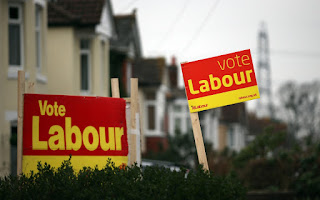 Spedding does not apply this approach, in any meaningful way, to the biggest party on the Left, the Labour Party.

Yet let us suppose for the sake of the argument, that conservatively that such a figure is only 2.4%, as the author of the Institute for Jewish Policy Research report suggests.

Meaning there could be approximately 13,200 Labour Party members with strange antisemitic ideas undulating around their heads.

A few in every CLP.

That is not tiny.
Posted by Anti-nazis united at 12:54